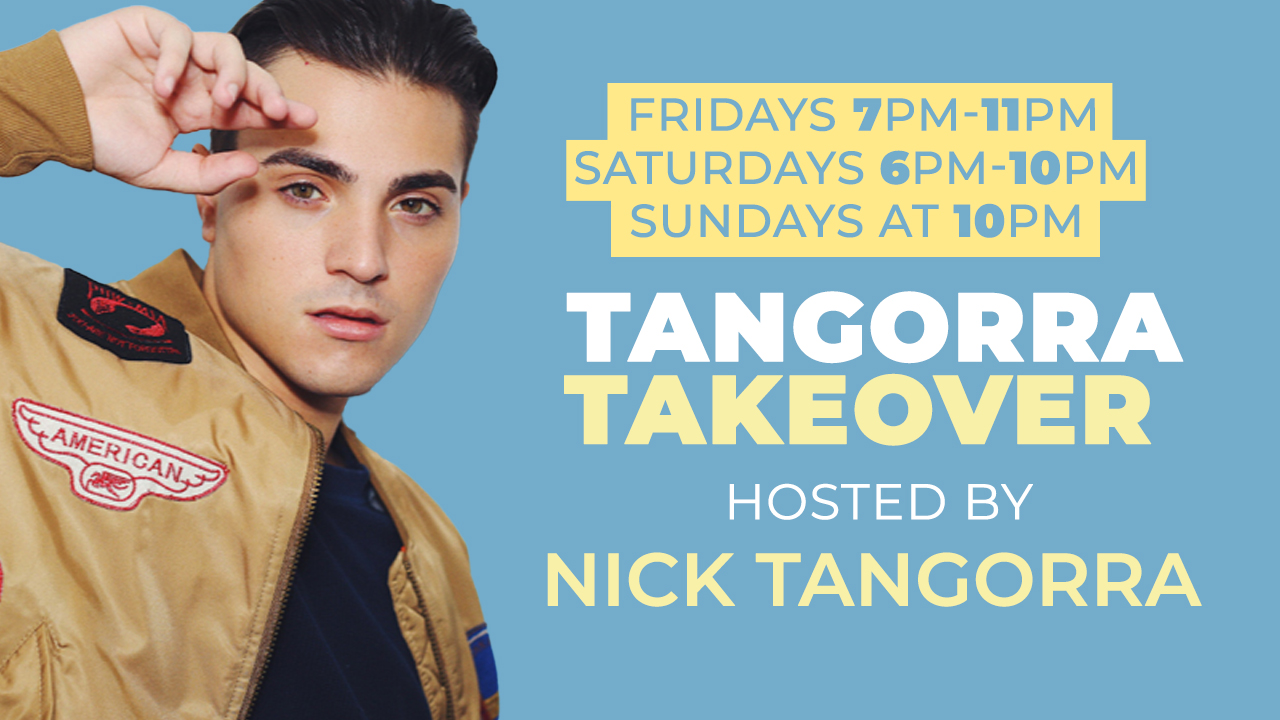 Multi-talented singer and songwriter, Nick Tangorra has been professionally working in the music industry for 15+ years. His latest releases, “Boo Hoo” has amassed over 28 Million streams across streaming platforms and “Break Your Phone” broke the Internet garnering half a billion views on TikTok through his viral promotional hashtag ‘#WillItBreak’.
With his music, Nick has performed with superstars, Shawn Mendes, Miley Cyrus, Megan Trainor, John Bellion and others. Nick's high energy shows and musicianship is a noteworthy and pleasant deviance from his pop driven peers, making his live show something to be seen.

In his two decades on the planet, Nick has been exposed to large milestone successes within his music career and now, he takes his steps towards embarking on an incredible journey into the next phase of his creative arc. As social media has increasingly become more important for an artist’s overall success, Nick has found great opportunities working with TikTok as TikTok’s Music Ambassador. Nick has partnered and collaborated alongisde massive brands in entertainment such as ABC, NBC, WWE, Bravo, & more.
Additionally, Nick is a radio host at Long Island’s Number 1 Hit Music Station 106.1BLI with his show ‘Tangorra Takeover’ in which he interviews major label artists promoting their music, products, and live events. Since the show’s creation, Nick has taken listeners behind the scenes of some of the entertainment industry’s biggest award shows and star studded parties simply making the Tangorra Takeover one of the most star studded shows in radio.

Get ready for 8 days of deals in Nassau & Suffolk!

Barry Manilow, one of the world’s all-time best selling recording artists, gave an unforgettable performance at the Amway Center in Orlando on Tuesday, January 16th.

Real Housewives star Jen Shah has been sentenced to 6.5 years in prison for telemarketing scheme.

Life Style Expert and fellow Long Islander, Leigh-Ann Carney joins the Tangorra Takeover to talk about the best way to get on track with diets, exercises, and maintaining a positive mindset for 2023!

Save The Date: The Real Housewives are coming to Huntington!

The Real Housewives are coming to Huntington Village for an amazing cause!

Real Housewives of New Jersey are coming to Long Island for an Autism Charity Event!

Music icon Barry Manilow chats with Nick Tangorra about his one-night only concert at UBS Arena on Long Island, his Vegas residency, and more!

American Idol’s Christian Guardino is performing on Long Island for a homecoming show this fall!

Christian Guardino joined the Tangorra Takeover to talk about his homecoming show happening this fall!

Leah Kate, “10 Things I Hate About You” singer, joins the Tangorra Takeover

Leah Kate chats with Nick Tangorra about the success of "10 Things I Hate About You" on the Tangorra Takeover.

Enter To Win Tickets To The Adjacent Festival

Everything you love about wbli.com and more! Tap on any of the buttons below to download our app.

Enable our Skill today to listen live at home on your Alexa Devices!

You may be offline. Please check your connection and try again using the Retry button.